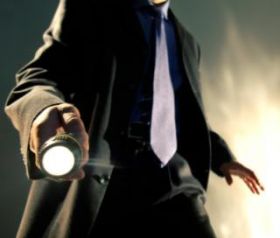 The Financial Stability Board has announced it will investigate limiting the size and nature of banks' exposures to shadow banking entities.
In October the global supervisory body will present its initial recommendations to the G20 ahead of this year's Cannes summit in November, it confirmed in a press release on Thursday.

Firm proposals will be launched in July 2012, with the FSB declaring five key areas of shadow banking that it will look to regulate.
Banks' overall interactions with shadow banking entities will face regulatory scrutiny. In particular, the FSB said it will investigate the merits of imposing additional risk-based capital requirements for banks that have exposures to shadow banks.

It will also examine possible consolidation rules for prudential purposes, along with regulatory treatment for any banks deemed to have implicit government support.The FSB declared it will investigate possible regulatory reform of money market funds along with imposing direct regulation on other forms of shadow banking entities. However, the Basel-based organisation did not detail what these measures could include.

It will also look at proposals to regulate securitisation, which will focus on retention requirements and transparency. Finally, the FSB will investigate regulating activities related to lending and repos, including possible margins and haircuts that could be applied to these assets when dealing with shadow entities, it said in the statement.

Detailed in a short press release, the international body said it has set up "dedicated workstreams" to develop the proposals, with policy recommendations expected by July 2012, it said