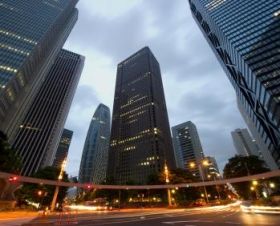 Japanese bankers have warned the Financial Stability Board that proposals to include a contractual bail-in as part of a bank's resolution and recovery plan must be dropped.

In a deeply critical letter responding to an FSB consultation, the Japanese Bankers Association raises concerns about the untested bail-in procedure.

A bail-in would see creditors of systemically important banks forced to swallow losses if the bank is considered to be a going concern.

Unlike contingent capital, there would be no trigger point enabling the bail-in. The FSB's consultation states that national regulators should instead use their judgement when they feel the bank needs urgent recapitalisation to force through the move.

However the JBA is vehemently opposed to the idea, arguing that because there is currently no market for contractual bail-in securities, "whether truly functional markets exist has yet to be tested".

It also argues that unintended consequences could arise from forcing banks to issue bail-in securities. Under the scheme, only specific bail-in instruments would be converted into capital.

"Issuance cost is expected to increase due to the addition of market risk premiums; however, these premiums are very likely to be volatile without established markets," says the letter, dated and published on Friday.

"The JBA also believes that issuing bonds with bail-in provision are not the only measure, and is very concerned about mandating instruments without markets in the regulatory framework."

It also raises concerns about how the measure would interact with Basel III liquidity and funding regulations.

In addition, the banking association argues that proposals to introduce recovery and resolution plans must be slowed down.
The FSB consultation had said that the first drafts of recovery and resolvability arrangements could be in place by December 2012.