ICB: No Clash with EC Despite 10% RWA 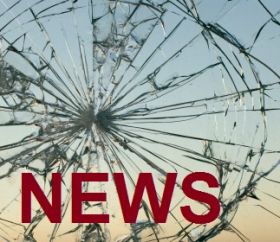 The UK's Independent Commission on Banking says that its reforms for banks to hold equity capital of at least 10 per cent do not clash with European capital requirements proposals, despite this directly contradicting the EU's maximum harmonisation rule.

Speaking to Global Financial Strategy at a press conference on Monday, ICB chair John Vickers stressed that the European Commission's Capital Requirements Directive IV was only in draft form at present and still has to go through the EU's legislative process before it becomes a regulation.

He appeared confident that the maximum harmonisation rule would not appear in the final CRD IV text.

In its final report on the reforms to improve stability and competition in UK banking, the ICB says that the EC's maximum harmonisation proposal "lacks economic logic" in seeking to prevent EU countries from setting capital requirements for their banks that are above those prescribed in Basel III standards.

The ICB is proposing that banks should hold equity capital of at least 10 per cent of risk-weighted assets - exceeding the 7 per cent minimum set out in Basel III. But under the CRD IV regulation as it currently stands, this would not be allowed.

Vickers said: "We believe that maximum harmonisation in this sphere is not the right approach, safer banks in one member state are good for Europe as a whole, not bad for Europe as a whole. So [this is] very much in the spirit of the Financial Stability Board's report which talks about jurisdictions that go beyond the Basel baseline and finds very much in favour of that.

"It may well be that, even as CRD IV is currently drafted, there are a number of aspects which cause member states to go beyond the Basel baseline. So we don't see our proposals as being in collision with CRD IV.