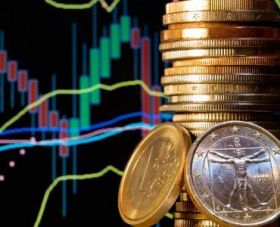 France and Germany have kept up pressure on the European Commission to implement a broad financial transaction tax covering a host of assets.

A short paper accompanying the letter adds that repurchase agreements, as well as securities borrowing and lending should also be taxed, "in particular when they serve the purpose of short selling".

To encourage compliance, the rate of taxation should be kept low, says the letter, which was sent and published on Friday.

Even though a G20 meeting in Toronto highlighted that a global agreement would be "very difficult" to achieve, the letter says that that implementing an FTT at a European level would be a "crucial step" to reaching a global consensus on implementation.

In addition, the pair argue that that EU-wide participation would not affect European competitiveness. "A financial transaction tax should be designed to be technically simple and should be put in place internationally or within the European Union," it says.

"We stress that difficulties in implementation should not be used as an excuse to reject the financial transaction tax."

Last week Šemeta declared that the commission would have proposals to implement an FTT in place by early October.

One stumbling block however could be the UK's reluctance to implement the tax.