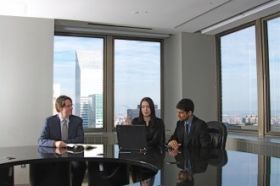 The Advisory Committee on Small and Emerging Companies has been formed to focus on interests and priorities of small businesses and smaller public companies, the Securities and Exchange Commission announced.

The Advisory Committee will provide a formal mechanism through which the SEC can receive advice and recommendations specifically related to privately held small businesses and publicly traded companies with less than $250 million in public market capitalization.

“That is why a key component in our agency’s mission is to facilitate capital formation while at the same time protecting investors. This new advisory committee will increase the input we receive from the small business community.”

The advisory committee will advise and consult with the SEC on such issues as capital raising through private placements and public securities offerings, trading in the securities of small and emerging and small publicly traded companies, and public reporting requirements of such companies.

The co-chairpersons of the committee are Stephen Graham, Partner at Fenwick & West LLP in Seattle, and Christine Jacobs, CEO and Chairman at Theragenics Corp. in Buford, Ga.

The committee will also include as observer members Sean Greene, Associate Administrator for Investment and Special Advisor for Innovation, U.S. Small Business Administration; and A. Heath Abshure, Arkansas Securities Commissioner and Chairman of the Corporation Finance Section of the North American Securities Administrators Association.

The SEC said it regularly takes steps to reduce the regulatory burdens on small businesses in raising capital in a manner consistent with investor protection. The advisory committee will provide the SEC with advice in connection with this important ongoing process.

Recently, the SEC staff began a review of the SEC’s rules related to the triggers for public reporting and rules restricting general solicitation in private securities offerings. The SEC will seek input from the advisory committee in these two areas among others.