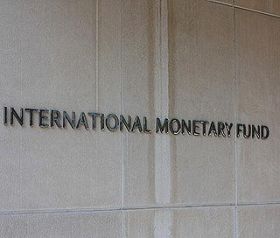 The International Monetary Fund has warned that banks in weak eurozone economies could face losses of up to €300bn ($410bn) stemming from the sovereign debt crisis.

In its global financial stability report on Wednesday, the IMF estimates that banks in some EU countries have already faced losses of €200bn ($270bn) resulting from both sovereign and interbank exposures since 2010.

The estimates are based on banks from bailed-out countries Greece, Ireland and Portugal, and the three that have more recently experienced market stress - Belgium, Italy and Spain.

Banks in these states have been affected as implicit government guarantees have been eroded, the value of government bonds used as collateral has fallen, margin calls have risen, and bank ratings downgrades have followed cuts to sovereign ratings, the report says.

The IMF estimates that write-downs on Greek sovereign account for almost €60bn ($82bn) of cumulative losses for banks, with sovereign stresses in Ireland and Portugal to blame for another €20bn ($27bn) of falls.

The report says: "The governments in Belgium, Italy, and Spain have also come under market pressure; incorporating credit risks from these sovereigns into the analysis further raises the total estimated spillover, to about €200bn ($270bn)."

It adds that bank asset prices in the euro area have fallen in harmony with sovereign stresses, leading to a rise in the credit risk of interbank exposures.

As a result, including those exposures increases the total estimated spillover by another €100bn ($137bn), up to €300bn overall.