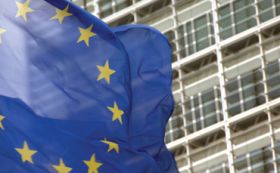 The paper proposes abolishing quarterly financial reports, saying their value is questionable when set against administrative costs, particularly when it comes to smaller companies.

Instead, Brussels hopes SMEs will be empowered to "redirect their resources", publishing information that better suits their investors.

Iain Richards, head of corporate governance at Aviva, agreed that the interim reports hold little attraction for many investors, saying there is a great deal of support to end them.

The quarterly updates have traditionally been more attractive to short-term investors, and this move could dampen the drive to rapidly buy and sell shares.

Cash-settled derivatives and similar financial instruments would be captured by the change, which the European Commission believes will have "a strong positive impact on investor protection and market confidence".

Narrative reporting for small and medium-sized issuers is also in focus, with the European Securities and Markets Authority potentially tasked with preparing guidance on the issue.

The commission claims this will improve comparability of information, save cash and boost the "cross-border visibility" of smaller listed companies.

Access to listed company data also needs revamping, the directive suggests, calling the current regime "burdensome". Enhancing the network of officially appointed storage mechanisms is the proposed solution, eliminating the need to trawl through 27 national databases in the hunt for information.

One expert observer pointed out that while companies could welcome the changes, investors might not.

They questioned the practicalities surrounding disclosures of major shareholdings, asking what level of shareholding in a company would trigger the need to report, and whether products like contracts for difference would fall under the same laws.

One investor close to the issue said many of these regulations are already active in the UK, suggesting the draft directive might have a limited impact in London.

Iain Richards agreed, saying the UK already has a well-developed disclosures framework and is far in advance of some markets, including the US.

The transparency directive is still subject to change, and will be considered in Brussels over the coming weeks.