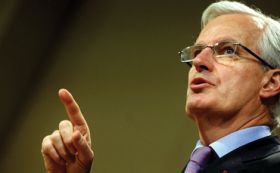 BARNIER'S DRAFT green paper on audit presents a wish list of measures designed to enhance independence and quality, but many stakeholders are deeply unimpressed.

The complete ban on audit services, mandatory firm rotation and joint audit stand out, but the paper is crowded with other radical measures sure to provoke furious debate.

One of the biggest surprises is that the current draft serves up the original proposals in their entirety, defying stakeholders who expected at least some to fall by the wayside.

Global head of BDO Jeremy Newman said for this reason, it is hard to separate the proposals and say which is good and which bad - they must be considered holistically, and the interactions between them given careful thought.

"Based on my understanding of the paper, it is evident that Barnier has recognised some of the deep-running issues in the audit market, and this is clearly welcome," he commented.

"Some of the proposals go further than I would agree with - they could be challenging and potentially awkward for the market," he concluded.

With a whole raft of measures to choose from, their interaction could pose problems. The suggested mandatory firm rotation timescale is nine years, while current rules on partner rotation force a move every seven years, and calls for obligatory five-year tendering add another layer of complexity.

Do these potential inconsistencies mean Brussels is merely testing the waters, and has no intention of imposing the measures wholesale? Critics would argue it shows a lack of foresight, or even a personal crusade driven by Barnier.

Enthusiasm for mandatory rotation is low among the institutes. ICAS warned: "There is no evidence that this will enhance audit quality but it could on the other hand reduce it."

CIMA technical specialist Nick Topazio agreed: "We do not see the evidence that [it] will necessarily enhance audit quality or effectiveness."

ACCA's Jonh Davies, head of technical, was even more guarded. He said Barnier's proposals indicate an obvious focus on independence, scepticism and objectivity, issues that "go right to the heart of audit quality".

"The [question] now must be whether the promotion of those causes is best advanced by the imposition on large company audits of extensive statutory rules and restrictions ... which can turn out to cause as many problems as they solve," he concluded.

ICAEW chief Michael Izza welcomed some of the proposals, including strengthened tendering processes and greater transparency around auditor appointment.

He acknowledged that being seen as independent is a challenge the industry must address, saying: "Where we believe the status-quo works, we must demonstrate why. Where we believe change is necessary to maintain confidence, we need to be open and willing to engage."

Big Four interests are most threatened by Barnier's proposals. At their size, they will cop the full force of regulation completely separating audit and non-audit services, potentially compelling them to split and trampling on their business model.

Deloitte said the ban on non-audit services, joint audits and mandatory rotation "would harm quality", concluding: "We believe that the costs of any proposals for audited entities should not outweigh the benefits derived from improved audit quality and auditor choice."

However, it underlined its unwavering commitment to "supporting measures that would sustain and enhance audit quality and build confidence", a line that is likely to be echoed by peers.

PwC's Richard Sexton, head of reputation and policy, said the proposals are "well intentioned, but with unintended consequences". He noted the Big Four have "responded to market demand" and provide a host of services to global behemoths that are "perfectly capable of getting the right services at the right price", saying PwC has invested heavily to meet this commercial need.

As they stand, it is hard to find stakeholders who welcome the whole raft of Barnier's proposals. They are far too hard-line for the Big Four, worrying for the institutes, and not wholly palatable to mid-tier firms.

Perhaps this means Barnier is on the right track? Some have questioned whether this dogmatic doctrine is merely a jumping off point, designed to soften up stakeholders so that when the final, less hard-line paper emerges, it will be welcomed with relief.

The long list of proposals could also ensure that, even if some do not make it to legislation, at least a few will have stuck. Stakeholders will have a better idea once the completed document is published next week, and this sneak preview has raised the stakes.