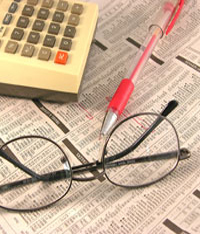 The UK’s largest companies are now better placed to clear their pensions deficit even though recent market volatility has seen current shortfalls nearly double to reach £70bn, according to research by KPMG.

KPMG’s 2011 Pensions Repayment Monitor shows that over 75% of FTSE 100 companies would be able to pay off their deficit with discretionary cash flow within three years, up from just over 60% last year.

The firm says this more positive outlook is the result of improvements in earnings in the last twelve months, along with a marginal decrease in deficits.

Collectively, the FTSE 100 companies paid £9.7bn into their pension schemes, but their overall deficit position improved by only £5bn billion, dropping to £38bn at the end of 2010 from £43bn at the end of 2009.

Mike Smedley, pensions partner at KPMG in the UK, said: ‘You could argue that companies are not getting maximum value for money for the contributions paid to pension schemes. 2010 was a relatively stable year in terms of market conditions yet deficits only fell by 50p for each £1 contributed by employers.’

Smedley said: ‘While some may take a view that the time is right to look at paying for the difficulty go away, this option will still be too expensive compared to alternatives for many. We are therefore seeing finance directors looking for more sophisticated, bespoke insurance type structures that allow access to insurer capital but allow the company to retain and manage a portion of the pension risk.’