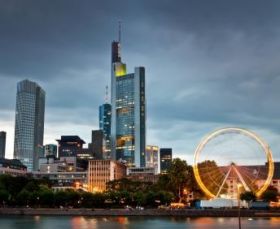 National authorities should be able to impose higher equity thresholds than stipulated in the EU's proposed Capital Requirement Directive IV, according to a senior European Central Bank member.

Vice president Vítor Constâncio on Wednesday swung behind policymakers in Britain who have argued that governments should be able to impose more stringent requirements.

"For financial stability reasons, it is desirable that national authorities have the possibility to impose a more stringent calibration of capital requirements and a few other requirements than those proposed in the regulation," the Portuguese economist said in Frankfurt.

Under the maximum harmonisation rule, EU member states would be unable to require financial institutions to hold more equity capital than the 7 per cent of risk-weighted assets required under the Basel III accord.

However, the UK's Independent Commission on Banking last month urged its government to require banks to hold equity capital of at least 10 per cent. Other bodies, including the International Monetary Fund, have also urged higher standards.

Wading into the argument, Constâncio argued that because European countries face different types of systemic risk, each state needs to adjust policy instruments according to their own situation, albeit within minimum standards set by the EU.