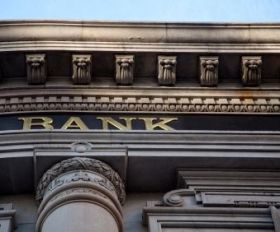 New capital rules for the world's banks will hit global GDP by just 0.34 per cent over eight years, according to an impact assessment from the Financial Stability Board.

Proposals targeted at the top 30 so-called global systemically important banks, requiring them to hold an additional 1 and 2.5 per cent of core capital, would shave off 0.1 per cent of GDP over eight years, it says.

The study was produced by the Macroeconomic Assessment Group, a joint committee of both the FSB and the Basel Committee on Banking Supervision, with support from the International Monetary Fund.

It arrives at the figure of a 0.34 per cent drop in global GDP by combining the study with a 2010 report, also carried out by the MAG group. The previous paper found that the Basel III accord will hit GDP by around 0.22 per cent, if implemented over 10 years.

It contends that, despite the GDP decline caused by the surcharge, long-term gross domestic product will in fact rise as a result of the knock-on benefit of boosting stability.

The combined uplift of the G-Sib proposals and the Basel III liquidity and capital requirements for all banks will contribute an annual benefit of 2.5 per cent of GDP, it argues.

"The MAG assessment concludes that the transition to stronger capital standards on G-Sibs is likely to have at most a modest impact on aggregate output, while the benefits from reducing the risk of damaging financial crises will be substantial," the FSB said in an accompanying statement.

It comes as the FSB prepares to present the framework for G-Sibs for approval by G20 leaders in Canne, France, next month.

Other G-Sib proposals include a resolution regime for financial institutions and a beefing up of the intensity and effectiveness of supervision, including data systems for risk management.