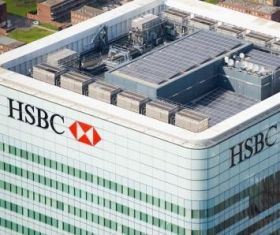 Eurozone countries should form a new "fiscal club" which would see them surrender sovereignty to Brussels if they end up requiring a bailout, according to HSBC's chief economist.

Stephen King this week urged EU governments to adopt a plan he has drawn up to help save the single currency and avert a fresh recession or even depression.

Under his plan, Brussels could decide on how emergency loan funds are distributed, and how best to impose restructuring on a failing economy.

Eurozone countries at the outset would choose to opt in or out of the club. However the risks of opting out would be such as to deter only the best managed economies to go it alone, according to King.

"It's a kind of fiscal variant of the Maastricht treaty of 1992," the group chief economist said, speaking at a panel debate hosted by the Commonwealth Journalists Association in the Palace of Westminster, London, on Tuesday night.

"The punishment for countries that suddenly find themselves unable to raise funds in global capital markets if they misbehave fiscally is not a financial punishment, it is a political punishment.

"During the bailout that they would require from other European countries, they would then lose their sovereignty temporarily."

King's proposal comes as the troika this week confirmed that Greece was unlikely to meet strict readjustment targets laid down as part of the conditions of its international bailout package.

It lent the country another €8bn ($10.8bn) tranche of funding to ensure Greece averts a potentially catastrophic default.

The economist argues that rules put in place by the European Council and Eurogroup, such as the EU stability pact as well as existing bailout conditions, are "more or less self-defeating" owing to the interest rates paid on the loans.