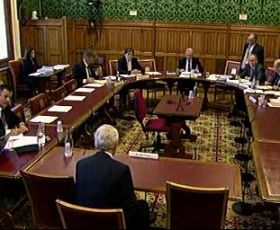 Claims that a ring-fencing of bank operations in Britain will deliver massive costs to firms are based on "flawed" estimates, the man who drafted the rules has declared.

In front of a House of Lords committee on Tuesday, Sir John Vickers defended the landmark proposals, which will see banks forced to set up a firewall between retail and investment arms.

Vickers said he stood by the Independent Commission on Banking's assumption that costs would amount to just £4-7bn.

This cost largely stems from increases in funding, while the ring-fencing removes an implicit subsidy that the government would bail out banks considered too big to fail, he said.

A week ago executives from banks including HSBC and Barclays told the same committee that they feared the costs stemming from the proposals would be greater. A report from the Institute of International Finance meanwhile estimated increased costs stemming from another ICB recommendation for banks to hold up to 10 per cent of core tier one capital.

Vickers told the committee: "There certainly are estimates out there which are much higher, for instance the IIF arrives at much higher figures for the kind of reform on the capital front that we are proposing... partly because of a set of different assumptions about the cost of equity capital versus other kinds of funding, transition costs and the rest of it.