Football Clubs at Risk of Fraud 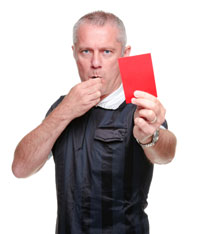 Football clubs are failing to counter fraud effectively and may be facing losses of over £100m a year, according to a report by PKF and the University of Portsmouth.

The survey identified ticket sales, merchandising, payroll and agents’ fees as being among the areas where clubs at all levels are currently at risk of fraud and found that the majority do not have the processes or staff in place to identify the risks of fraud, or to deal with the problem of fraud within and against the club.

Jim Gee, PKF’s director of counter fraud services and one of the authors of the report, said: ‘We discovered that fewer than a quarter of clubs had their own internal audit function to keep track of revenues and costs – something that would be seen as wholly unacceptable in almost any other industry in the UK.’

Gee said the report’s finding chime with a recent assessment from the Department for Culture, Media and Sports that football’s ‘corporate governance structures look like they belong to another era’.

‘The results should give rise to serious concern since it is surely right to expect all clubs, regardless of their league, to protect themselves against a problem that on average costs businesses almost 6% of annual expenditure. The cost of fraud in football could account for well over £100 million per annum across all of the professional leagues,’Gee said.