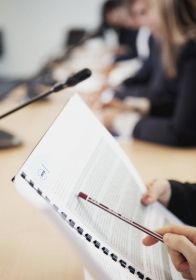 The Alternative Investment Fund Managers directive could block investor access to non-EU investment services due to over-stringent requirements, the advisory board to the European securities watchdog is warning.

The European Securities and Markets Authority has been advised to re-examine equivalence tests for hedge funds, private equity firms and other alternative investments managed in third countries, after it emerged that EU investors could be prevented from investing in them.

In a response to Esma's draft proposals for the technical standards on the AIFMD, the Securities and Markets Stakeholder Group said: "In light of the unique nature of the AIFMD regime even undertakings or depositaries in other well-respected countries with a high level of regulation might not even meet these equivalence tests, for example the US."

The group represents 30 members from the industry as well as the public and is consulted when Esma is discussing new technical standards, guidelines and recommendations. It is also expected to submit opinions and advice to the securities regulator on any issue related to its work.

Equivalence requires non-EU based fund managers that intend to market shares to European investors to have to voluntarily subject themselves to the requirements of the directive. Initially, in Level 1 of AIFMD, the requirements were only of the "same effect", a more flexible obligation than pure equivalence.

The stakeholder group's report released on Friday said the investors that the AIFMD aims to protect might not be able to access "valuable investments services" offered outside of the EU.

"A possible solution could be simply sticking to the current Level 1 text…," proposed the SMSG adding: "alternatively, the existing UCITS and MiFID rules for delegation [regime for non-EU investments services] could perhaps serve as inspiration."