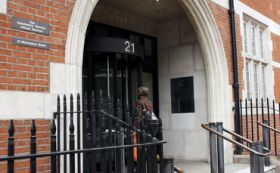 There were 30,219 personal insolvencies in the third quarter of 2011, compared to 33,935 for the same period last year, according to Insolvency Service statistics.

Bankruptcies have continued to decline since peaking at 13,907 in the third quarter, dropping 31% to 9,567 compared to the same period last year.

IVAs involve an insolvency practitioner consolidating debts and supervising a repayment of a percentage of that debt, over an agreed timeframe.

Debt Relief Orders (DROs) were up 7.6% to 7,257 compared to the previous quarter. This is an all-time high for the insolvency method since its introduction in April 2010.

DROs are similar to IVAs, but are aimed at individuals with debts of no more than £15,000 and assets of less than £300.

In April this year, the Insolvency Service changed the DROs so that pension pots were not included as assets. The same rules applied to IVAs and bankruptcies, which grew the popularity of the process and may have had an impact on bankruptcy numbers.