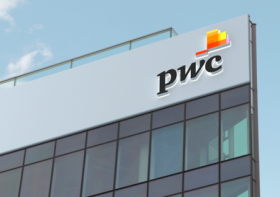 Confidence in the U.S. economy has plunged this past quarter among the CEOs and CFOs of private companies, according to a new survey by PricewaterhouseCoopers.

Only 27 percent of the 247 CEOs surveyed expressed optimism, down 16 percentage points from the previous quarter. The percentage of executives who expressed uncertainty continued to rise, increasing to 49 percent, up 7 points from last quarter and still well above the 24 percent who expressed outright pessimism

Among international private companies, pessimism about the global economy exceeded optimism by 28 percent to 21 percent, with 51 percent voicing uncertainty.

Despite the drop in optimism for the second straight quarter, revenue forecasts and planned operational spending remained strong. Executives predict an average revenue growth rate of 7.2 percent for the next 12 months.

While planned hiring for the next 12 months has eased down 10 points to 48 percent of respondents, only 3 percent of the respondents intend to reduce their number of employees, with an overall planned increase of 1.6 percent in private companies' composite workforce.

“On the face of it, the drop in optimism is significant because the reading hasn't dipped this low since a couple of years ago,” said Ken Esch, a partner with PwC's Private Company Services practice. “But private companies are in a much different place now. Back in early 2009, outright pessimism among trendsetter executives was considerably higher than what we’ve seen this past quarter, because many companies were fighting for outright survival. This time, uncertainty ranks highest, with twice as many private companies registering that sentiment as those citing pessimism.”