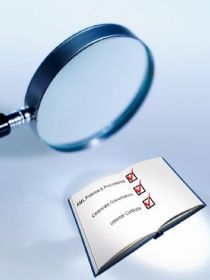 As per an Ernst& Young survey conducted globally on as many as six hundred and ninety five chief audit executives and C-suite executives it has been found that around eighty per cent of the firms have accepted that their internal audit functionality can be improved further. The report further pointed out that as many as seventy five per cent of respondents are of the opinion that effective and strong risk management always has a very positive effect on their earnings performance and around the same number of audit executives shared that the internal audit functionality of their firm has a positive effect on its overall risk management related initiatives and efforts.

The survey also found out that the major priorities of both stakeholders and CAEs have completely moved from financial and compliance controls to business relevance as well as risk coverage. The respondents also highlighted the areas that they feel will be more relevant for achieving business related objectives in future include enhancing the upcoming risks monitoring abilities and bringing about improvement in risk assessment procedure. In addition to they also stated that minimizing internal auditing function related costs on an overall basis and not compromising on issues such as coverage of risk as well as identifying the opportunities related to cost savings in business were some of the other relevant areas.

The report cited that internal auditing functions must align their strategies with the overarching strategies of the organization so that firms can continue to put emphasis on risks that really matter, achieve their goals and create value at the same time.

On the other hand, sixty one per cent of the respondents stated that they do not have any mandate that has been documented and which further aligns internal audit to the strategy of the organization.

The survey highlighted that currently the main drivers of audit plan are internal auditing risk assessments, enterprise risk assessment and regulatory related requirements. As many as forty nine per cent of respondents indicated that as far as internal audit is concerned capital projects are playing a major role in the issues of the organization whereas 42% stated that it was IT systems implementations that had a prominent role to play.