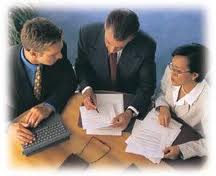 Auditors play a significant role as they bring independent assurance. In US the auditors are applauding the passage of the bill which states that public companies will not be forced to rotate their respective auditors.

The accountants in the US are glad over the passage of this bill and have welcomed the decision whole heartedly that now no auditors belonging from the public companies will have this rotation must.

On Monday, the Audit Integrity and Job Protection Act, has been approved by the House of Representatives that has banned the Public Company Accounting Oversight Board (PCAOB) which prepares the lists of the companies in order to circulate the auditors. Now onwards, the new law states that such rotation will be prevented.

As far as the American institute AICPA is concerned, decision has been sent out in US and Europe. In these countries plans are being made for the mandatory rotation of the auditors.

A misimpression has been traced out in Europe that continued consideration of the PCAOB's concept release showcases that US is keen in the adoption of mandatory firm rotation requirement.

Barry Melancon, president and CEO of AICPA said that confusion and uncertainty being observed by policy makers and stakeholders on both sides of the Atlantic will be wiped out by the deciding vote of the house.

The Big Four's have been dominating the audit market for quite a sometime now and UK Competition Commission is keen in breaking this aspect which has led to the poor competition and higher prices for the auditors.

The profession upholds the viewpoint and has railed against the decision for the imposition of auditor rotation. They believe that the far better approach in this regard is to comply with the technique of audit tendering championed by the FRC.

The regulators and politicians have laid pressures in this regard which resulted in the change of opinions.