Changes in the Audit Report by IAASB Exposure Draft 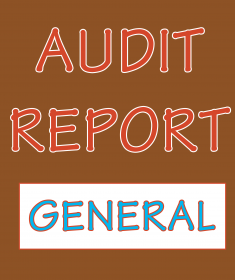 An exposure draft has been released by the International Auditing and Assurance Standards Board (IAASB) which has proposed some changes in audit reports. Many changes have been made including how audits are performed. A “Key audit matters” has been introduced in the audit report which would be the key development on audit of listed entity financial statements.

These proposals were titled as “Reporting on Audited Financial statements.” This draft proposed new and revised international standards on auditing.

The following are the key proposals in the exposure draft:

A new section outlining would be included in the audit report, being “those matters that, in the auditor’s professional judgment, were of most significance in the audit of financial statements of the current period.” These matters would be selected by the auditor to those charged with governance over the entity being audited.

The auditor would be independent of the entity and has fulfilled the ethical requirements and disclose the sources of those requirements. This was also included in the audit report.

The audit report will clearly state the name of engagement partner for audits of financial statements of listed entities.

The auditor’s opinion would be prominent and it would be placed at the beginning of the audit report.

The outline of the proposals is based on preferred ordering and placement of elements of audit report.

It would be the duty of the auditor to report on going concern in the audit report. If a material uncertainty about the going concern is identified then auditor should report it along with a conclusion of appropriateness of the management’s use of going concern basis.

The earlier proposals for an “auditor commentary” were replaced by the “key audit matters” section. The revised proposals for this section respond to the concerns which were expressed through feedback on these proposals.