An Alert on Internal Control Audit Deficiencies Issued by the PCAOB 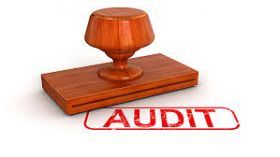 In the previous week, the Public Company Accounting Oversight Board (PCAOB) issued a staff audit practice alert to raise the awareness of audit deficiencies seen observed by the Board in the previous 3 three years. The deficiencies regarding internal controls over financial reporting are the focus of this alert. The PCAOB publishes the alerts to highlight new, emerging or noteworthy factors that might affect the way audits are being conducted by the auditors.

Chairman of PCAOB, James Doty stated in a written statement that ""Auditors should take note of the matters discussed in this alert in planning and performing their audits, given the importance of the controls companies use to produce their financial statements,".

Following topics were the focus of the new alert:

- Risk assessment of the auditors and the audit of internal controls

- Selection of controls to test

- Using the work of others (such as law professionals)