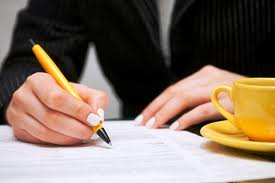 Today, the Association of Chartered Certified Accountants warmly welcomes the approval by the JURI Committee which is the European’s Parliament’s Legal Affairs of the harmonious agreement that was reached by the council regarding the audit package and also acknowledges the hard work of the co-legislators. The Worldwide body of accountancy is now hoping that the Council and the European Parliament will give their final approval before the end of the latest legislature.

The technical director at ACCA, Sue Almond went on to say that because the green paper publication on the October 2010 Audit policy, the accountancy body ACCA has been following closely the many and at times contentious debates in the EU audit reform and at the same time commended the concession arrived at by the council and the European Parliament. Most text elements strike a balance between the stakeholders reinstated such as the investor confidence and a business environment that is quite competitive. Before the May European elections, it is hoped that there will be a smooth ending endorsement. The member states will now handle the remaining challenges and most of all with regard to a proportional, timely and consistent implementation of the directive. This will ensure that the legislation is not only practical but also not subjected to needless gold plating’

Sue Almond’s remarked that the foundation stone of the audit form in ACCA has been often about ensuring trusted and well structured audit services which brings about maximum value to the end users and businesses. It is vital that the business demands are met by the audit, which is also able to handle those of the investors, management and shareholders.

Audit is just one part of the jigsaw and should be visualized in a much broader reporting in the corporate world. Furthermore, progress will be greatly improved by the enhancement of corporate governance and the non financial information; even then integrated reporting can further be of great use in the future. Sue Almond went on to conclude that the development would assist in making a reflection of the unified nature of financial as well as economic performance together with environmental, governance and social factors.