KPMG Fined with $ 8.2M by SEC in Violation of the Rules of Auditor Independence 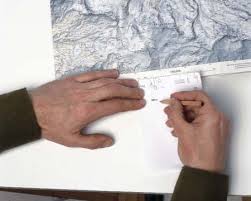 KPMG will now pay $ 8.2 million in settlement of the Securities and Exchange Commission Charges because of violating the rules that demand that auditors be independent of the public corporations that they are carrying out audits in order for them to ensure that they maintain impartiality and objectivity.

The investigations carried out by SEC revealed that KPMG broke the rules when they offered forbidden non audit services like the expert and book keeping services to the affiliated companies where KPMG was auditing their books. The investigation further revealed that there was some staff from KPMG who owned stock in affiliate companies where the firm was the appointed auditor; this is a further violation of the rules of the auditors’ independence.

A separate report has also been issued by SEC regarding the capacity of the rules of independence that caution audit firms from allowing their audit employees to work as staff to their clients.

It is paramount that auditors observe uprightness in financial reporting and the fact that they appear to be in conflict in exercising judgment independently can destabilize the public confidence in the audit field. As such, by offering forbidden non audit services to clients, KPMG compromised its responsibility as an audit firm that is independent. They offered several non audit services such as corporate finance, restructuring and expert services to one affiliated company who was their client in audit as per SEC. To an affiliate of yet another audit client, they offered payroll as well as book keeping services. In another scenario, KPMG contracted the services of a person who had just retired from a superior position at a company where the firm was their auditors. Later on, KPMG loaned him again to the same affiliate to carry out the same duties he was carrying out as an employee of the same affiliate company. This resulted to the professional acting as an employee, advocate and manager for the audit client which clearly a violation of the Securities Exchange Act.

Without having to deny or admit to the allegations, KPMG came to an agreement to settle $5,266,347 in order to expel the fee it got from those three clients together with an interest of $1,185,002.These investigations were carried out by Britt K. Collins, Michael Foster, Kathleen Shields assisted by the Public Company Accountancy Oversight Board.