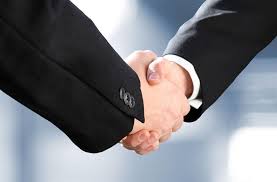 The Public Company Accounting Oversight Board (PCAOB) and the Supervisory Board of Public Accountants of Sweden (SBPAS) signed a cooperative agreement. According to the officials, the collaboration takes place immediately. According to this agreement the Swedish RN is given the opportunity for joint inspection and share the information in accordance with Dodd-Frank Wall Street Reform and Consumer Protection Act of 2010. In actual, those provisions were amended by the Sarbanes-Oxley Act of 2002 to ensure that PCAOB share the confidential information with other countries under special circumstances, Along with that the “data protection” part also included into this agreement.

According to the PCAOB chairman James R. Doty – the agreement with Swedish RN enables the shared commitment to empower the oversight global audits and investor protection. He also adds – the PCAOB currently focused on signing agreements with different cross-border authorities to cover the remaining jurisdiction across the European Union and other parts of the world where they’re currently unable to conduct the inspections.

According to Sarbanes-Oxley Act, PCAOB overseas is responsible for auditing those accounting firms that currently audit public companies whose securities currently trade in US market. According to this law PCAOB conduct annual inspections and provide detailed report.