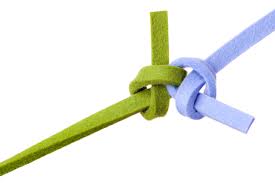 Recently PWC has acquired Booz & Co with regulations and partner’s approval. Booz and Co involved with international consultancy business for several years. After joining of PWC it becomes a part of PWC network. The complete amalgamation rebranded with a new name called Strategy &. The name will be used along with the primary brand name PWC. Both the logos will be shown side by side as well. Additionally, the official website also rebranded with a new name – Strategy &.

According to business analysts, after this acquisition PWC becomes more powerful and a global consulting leader. According to PWC internal report – the annual revenue is $32 billion and the employee strength is 184,235 till 30th June 2013. On other side, Booz & Co. has nearly 3,000 staffs and 130 partners among them 15 are located in the United Kingdom.

According to PWC International chairman Dennis Nally: the deal is very important to our clients and stakeholders. He also added- PWC and Strategy & together are ready to deliver the maximum results. He also mentioned that both organizations collaboratively deliver the maximum benefits to its clients and stakeholders. Lastly, he added: the conglomeration is going to attract premium clients.

It is clear that the conglomeration between PWC and Strategy & immediately become a global leader to lead the business and change the global consulting arena. According to the “Accountancy age top 50 + 50”: data consulting dramatically increased its profitability (from £ 1.7 billion to £ 2.3 billion) in the last year.

According to “City Am”: the Booz & Co is a US based company who already successfully cracked several high profile deals like merger of national and American football leagues, Formation of Deutsche Telekom( after the reunion of Germany) and many others.