PCAOB Inspection Finds Deficiencies in a Number of KPMG US Audits 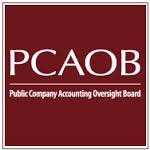 Public Company Accounting Oversight Board (PCAOB) conducted its yearly inspection and has discovered certain discrepancies in the number of audits undertaken by KPMG in United States.

Recently, 50 audits that were conducted by the Big Four audit firms were chosen as a sample to be reviewed by Public Company Accounting Oversight Board (PCAOB). The review team spotted certain deficiencies in the work performed by these big firms.

PCAOB stated that certain discrepancies observed were of such substantial nature that the review team felt that the entity that carried out that audit did not gather sufficient evidence to back its opinion (at the time of signing of audit report) that the company’s financial statements are free from any material errors and are prepared in accordance with applicable laws and company’s internal controls implemented on financial reporting process are operating efficiently and effectively.

The review team felt that the audit firm that signed the report has not performed its duty of getting reasonable assurance on whether the financial statements are correctly prepared in material aspects and are free from any material errors and the Company has kept a sound internal control system.

KPMG US has replied to the report, issued by PCAOB, by stating that KPMG has always been committed to performing high-quality audits and it understands its responsibilities towards capital market participants. KPMG supports the goals of PCAOB for the improvement of the quality of audit which as a result will maintain and increase the investors’ confidence.

The audit firms, whose work has been reviewed, have not been punished or fined as the purpose of the review was only to measure their performance and to highlight the areas that can be improved.