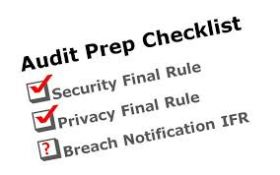 Financial Reporting Council (FRC) is the regulatory body of United Kingdom and Ireland. It works independently and is responsible for ensuring the quality of corporate governance.

The regulatory body is currently hearing the cases regarding the audits conducted by KPMG, one of the big four accountancy firms around the globe. The cases relates to violation of Ethical Standards for Auditors code issued by the body. The two partners of KPMG are involved in the cases and their future will depend upon the conclusions reached by FRC after the completion of its hearings.

The first case is about the non-timely sale of interest (shareholding) in the client’s company for the year 2011 and 2012 by an audit partner of KPMG, James Marsh. The client in question is Cable and Wireless Worldwide PLC (a big multinational telecom entity).

The second case is about the independence of KPMG and assurance partner of KPMG, Greg Watts, when they performed the audit of financial statements of Pendragon PLC (car dealer) for the year 2010/11.

Financial Reporting Council started its inquiry in May 201 and the decision was taken after consultation with Institute of Chartered Accountants of England and Wales (ICAEW).

The decision hearing will take place in London on 4th and 5th of December 2014. Both blamed parties have confessed complaints. The regulatory body can impose unlimited fines; stop them from practicing the profession for specific time period and impose various other restrictions.

Pendragon PLC inflated its cash flows from investing activities and operations in the financial statements of 2011. The entity was required to rectify the accounts after being reviewed by FRC in August 2012. The cash flows were inflated by thirty one million pounds. The issue was closed as FRC was contented with the rectification made.