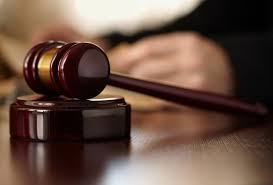 Also known as Bloomberg, Microsoft Corporation has taken legal action against Internal Revenue Service in a bid to seek information regarding the agency’s contract with a law company which was associated with conducting audits of thee practices of the transfer pricing of the software makers.

Microsoft would like the entire government contract between Quinn Emanuel and IRS. Quinn Emanuel Urquhart & Sullivan LLP was the firm that was helping out the agency to examine the federal income tax returns for the period 2004 to 2009. This is as per the complaint that was filed today in Washington under the Freedom of Information Act. Microsoft purported that the information was withheld unlawfully by IRS.

As per the filing, on 22nd September, Microsoft submitted a request of public records that sought information on the contract that was sealed in May for more than $2.2 million. Microsoft further stated that the records have not yet been disclosed by IRS till date. Questions directed to the officials of IRS were raised. However, they refused to comment on the complaint.

The companies based in the U.S owe the U.S government huge profits that they earn across the globe. Against the tax liability that they pay to the foreign government, they can choose to defer the U.S taxes till they bring home the money.

Microsoft had failed to account for taxes on $92.9 billion in profits earned externally in U.S. If the money was brought home to the U.S by Microsoft, it would owe the government taxes of close to $29.6 billion. This was stated by Microsoft in an annual report that was filed on July 31 with the U.S Exchange and Securities Commission.

In the regulatory filing, Microsoft said that a portion of the IRS audit was settled for the 2004-2006 tax years in the third quarter of the 2011 fiscal year. For all those years, the company remains under audit with this transfer pricing issue which was most importantly unresolved by June 30. Moreover, as per the filing, the organization is still subjected to IRS examination for the tax years 2007-2013. If not favorably resolved, the issue could face a momentous impact on the consolidated financial statements of Microsoft.