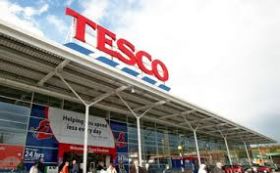 Tesco, the number one retailer in the world in terms of profit, has no longer Carl Rogberg, Tesco UK finance director as a part of it. Carl Rogberg, one of the four senior executives, has become the prey of suspension after Tesco uncovered an exaggerated miscalculation in the profits of the last six months. Total overstatement witnessed by the Tesco in September is GBP 263m.

Rests of the three executives suspended are Chris Bush, Matt Simister and John Scouler. Mr Bush is the most senior executive of the Company in the UK succeeding Dave Lewis, who is the chief executive and was appointed last year. John Scouler sees over Tesco’s stock with food suppliers in the UK.

Falsification in the financial records was noted by a member of the staff who passed the news to the general counsel. Mr. Lewis was then up to dated and the company burnt out the weekend trying to figure out the extent to which loss has occurred. Mr. Lewis declared in September overstatement by more than GBP 200m has been observed on an estimated amount of GBP 1.1bn. This shift in the proceeding has indulged Dave Lewis, new chief executive, in altering the management at Tesco as he ventures to keep the company moving smoothly. In his pursuit, Mr. Lewis has asked Alan Stewart, the new CFO, to resume his post, as early as two months, so that he can focus all his efforts on bringing the company out of the financial adversity. Mr. Lewis expects the board, customers and specifically Tesco to function with transparency and integrity. Decisive action will take place once the company is through with investigation. The company has asked for Deloitte’s help to carry out an investigation. Interim results have been postponed by three weeks, till October 23rd. In an attempt, UKs Fraud Office has started criminal investigation into suspected accounting falsification at Tesco.

Mr. Lewis and the whole team at Tesco are astounded by the whole situation and the financial calamity the company has fallen in. The accounting error is the most un-welcomed event in the company’s past, bringing down the share price as low as 11 years low.