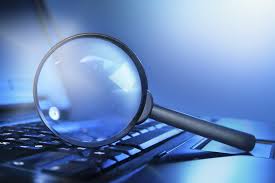 The Financial Reporting Council is looking for views and opinions on a lot of suggested amendments to the European Union Audit Directive and Regulation.

Some entities are not covered by the definition of Public Interest Entities (PIEs) and therefore considered as debatable issues. This is because the PIE definition of the European Union is different from the requirements of Financial Reporting Council’s auditing and ethical standards.

The European Union Regulation prohibits the auditors of the Public Interest Entities from providing particular non-audit services to their audit clients by creating a ‘black list’ and introducing a limit on the permissible services. This might become a potential subject for discussion.

The Financial Reporting Council is seeking for the comments and opinions about whether the limitation on rendering of non-audit services to the PIEs within Europe should apply to all of the group entities regardless of the geographical areas where they are situated.

The chief executive of the Financial Reporting Council, Stephen Haddrill said that the Council will surely take the impact of Directives and Regulations into account in order to make sure that the FRC’s auditing and ethical standards participate in certifying that the auditors have clearly defined roles and responsibilities and are in line with those of the shareholders’ requirements. Stephen added that the Council’s standards will ensure that auditors will work in the best public interest without any bias and prejudice.

Stephan also mentioned that the new modifications are complicated and there are some important decisions to be taken over reshaping the UK Regime. Therefore we expect responses from all stakeholders especially form the existing and potential shareholders because they are the major users of the audited financial statements.

The FRC stated that, considering the initial feedback, they would consider reviews on specific amendments to its standards in the year 2015. Responses are required by March 20, 2015.

The effective implementation date of the changes is June 17, 2016.