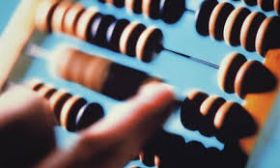 Deloitte was successful in turning over 8 charges out of 13 made against it in relation to MG Rover Case and hence a reduction in the fines could be possible.

The partner of Deloitte, Maghsoud Einollahi, and the firm itself were fined 250,000 GBP and 14 million GBP respectively, after it was discovered by tribunal that they failed to diminish the conflict risk in providing advice to MG Rover’s owners in 2 transactions and did not take the public interest into consideration adequately.

Many findings regarding Project Platinum case were upheld by the appeal but settled many findings including those related to Project Aircraft. 8 findings were overturned out of the total 13.

The Financial Reporting Council’s (FRC) executive director of conduct, Paul George, mentioned that the decision of the Appeal Tribunal that there were some serious misconduct issues regarding the requirement for accountants to perform with objectivity is welcomed by the FRC. In order to address any ‘conflict of interest’ issues, it is important for the firms to identify the client at earliest stage possible.

ICAEW was also criticized by the tribunal. The tribunal stated that the guidance of the institute, for the professionals about acting in public interest, lacks clarity.

Michael Izza, the chief executive of the ICAEW stated that it is suggested by the tribunal’s ruling that the accounting profession needs more clarity regarding the responsibilities towards public interest. Before reaching to any conclusions, we must go through the ruling in detail.
A representative of Deloitte UK stated that the firm is happy from the tribunal’s decision of overturning the charges for the intentional serious misconduct and for being unsuccessful in taking public interest into consideration.

The spokesperson further mentioned that the tribunal’s findings do not reflect firm’s values and integrity and that the firm takes these type of responsibilities very seriously. However the firm accepts tribunal findings relating to the firm’s client engagement processes could have been made better.