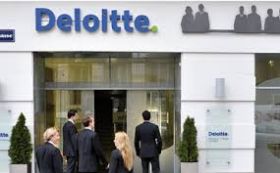 The FRC (Financial Reporting Council) has slapped a disciplinary official complaint on the ex-FD of the manufacturer of airplane parts ‘Aero Inventory’ and ‘Deloitte’.

A date is to be decided on which an independent disciplinary tribunal will hear the case.

It is alleged in the complaint that the work of the audit partner at Deloitte, John Clennett, and the former FD of the company Hugh Bevan was substantially lower than the standards they were expected to meet and that they have been unsuccessful in complying with the basic principles of ICAEW’s Code of Ethics and Guide to Professional Ethics. These fundamental principles required them to work with care, diligence and due skill, and to work with due care and professional competence.

The official complaint will be heard in an independent disciplinary tribunal yet to be appointed.

A part of FRC, ‘The Accounting and Actuarial Discipline Board’ viewed the work undertaken by the ICAEW members employed at Aero Inventory and the auditors of Deloitte in March 2011.

Due to problems in the inventory levels reported in the years 2008 and 2009, the company suspended its shares in main market in October 2009. The 2009 final accounts signing off was refused by Deloitte.

The administration period was appealed to be extended by a couple of years in November 2010 by the administrators.