Sanctioning of Individuals and 7 Audit Firms by PCAOB 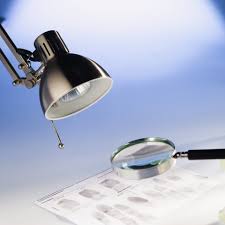 Due to violating some requirements and particularly the Engagement Quality Review, the Oversight Board of the Public Company Accounting has instilled discipline on 7 audit firms together with seven other auditors. Out of the seven cases, the audit firms allowed their clients to put to use their audit reports without a quality reviewer providing a like-minded approval in issuing the report. Two of the auditors and 2 of these audit firms infringed the 7th Auditing Standard of ‘Cooling off’. This standard expects that the engagement quality reviewer should not be an individual who previously served as an engagement partner on one of the two former audits in the particular issuer. In two of these cases, the individual immediately served as an engagement quality reviewer after an audit where this person was the engagement partner.

PCAOB also confirmed that the auditors were also involved in several violations of the standard of engagement quality review. Some auditors too went against other requirements. For instance, in one case, for 6 successive years, one person served as the lead partner in an audit where independent requirements were violated. The required limit was supposed to be five consecutive years.

The PCAOB rules call for quality reviews that serve as crucial safeguards against inadequate or erroneous audit opinions that are unsupported. Rightly, investors require that the PCAOB hold those auditors who do not adhere to such needs accountable.

The settling individuals and firms did not deny or admit to these findings. In order to determine suitable sanctions for these cases, among the considerations of PCAOB was the willingness of resolving these issues in the initial stages of the process of investigation. According to one of the directors, the present day settlement emphasizes the significance of carrying out high quality engagement reviews in maintaining the quality of audit. Auditors need to take this requirement with seriousness.

Among the individuals and firms who agreed to the disciplinary actions and PCAOB’s orders include: