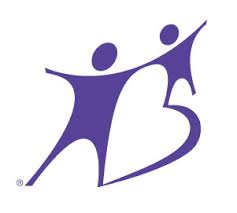 The Department of Justice in the Office of Inspector General gave a condemning report on an audit carried out by PricewaterhouseCoopers on the Big Brothers Big Sisters of America. This matter has been referred to the American Institute of CPAs’ in the Division of Professional Ethics.

Issued on Monday, the report issued by the Inspector General regards matters concerning quality control review of the audit carried out for the financial year ended 30th June 2011. In an earlier audit report from June 2013 with regard to $ 23 million of grants awarded to their clients Big Brothers Big Sisters from June 2013, it was found that the organization was not in material compliance with most of the requirements of the grants already tested. Due to this, over $ 19 million worth of funds were put into question which had been received by the charity.

During the financial year ended 2011, PwC had stated that Big Brothers Big Sisters had complied with the law in all material aspects, grant requirements and regulations and that the audit firm had not come across any deficiencies relating to graft or material weaknesses.

Nonetheless, according to the Inspector General, he found out that the prepared audit documentation by PwC had not been detailed adequately in order to provide a clear understanding of the timing, nature, results and extent of the performed audit procedures.

It also caught the attention of the Inspector General that some of the audit documents had contradicting information. For instance, the working papers of PwC showed that Big Brothers Big Sisters did not have a formal time card or system of time-monitoring for tracking the staff time. However, they went ahead to conclude that there were adequate supporting documents for the payroll expenses charged to federal awards.

After the deficiencies were brought to the attention of PwC, the management determined that the audit report of March 2012, could not be depended upon and hence the original report was withdrawn from the Clearing house of the Federal Audit in the month of July 2013. This meant that extra work had to be done. Another revised audit report was handed in in January this year.