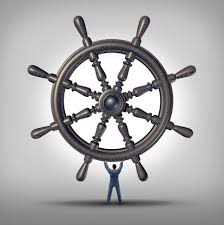 Auditing firms and particularly the big four have progressively been searching out for the ‘boomerang’ auditors. These individuals after working in the capacity of an auditor take a managerial role such as CFO before returning to auditing. This type of boomerang hiring is driven with the belief that when once becomes a good finance manager; one becomes an even better auditor who can tell if a manager is exaggerating or overstating earnings.

The latest and first study to measure the auditor’s accuracy in assessing the bias of earnings rubber stamps this belief. The paper known as ‘perspective taking in auditor-manager interaction shows an experiment of investigating the auditor’s behavior and it appears in the 2015 August edition of Accounting, Organization and Society.

‘In the findings, if an auditor has walked in a manager’s shoes, besides assessing if a manager is exaggerating his earnings, he can be able to guess by how much the manager is making the overstatement,’ said Marietta Peytcheva, co-author and assistant accounting professor at Lehigh University College of Business and Economics in a statement. Co-authors of Peytcheva includes the Bryan Church of George Institute of Technology, Chulalongkorn’s university’ Ong-Ard Singtokul and Wei Yu of the Hunter College.

In this experiment, the auditors obtained the earnings statement and got rewarded for their accuracy in identifying the managers who were overstating earnings and by what magnitude. The group who switched roles performed much better than that group who remained playing the auditor’s role and reported even better in taking perspective. According to Peytcheva, the improved accuracy was as a result of the improved perspective taking. He added that you may as well hire people who are quite better at placing themselves in another’s shoes.