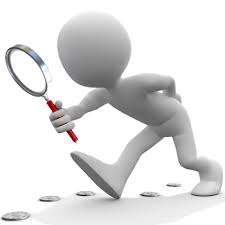 In 2014, close to 1,100 public companies made changes to their audit firms. This number is more or less similar to 2013 even if there has been only one company that managed to change its audit firm for three times in 2014 while another company changed its firm since 1890 for the first time. The Audit Analytics audit firm in a blog post reported that before changing their auditors, Unilever had PricewaterhouseCoopers as the longest serving auditors. The consumer goods giant hired KPMG for purposes of auditing the financial statements of 2014.

While a number of companies changed twice their auditors last year, Clone Algo, a technological Las Vegas company was able to change auditors three times. De Joya Griffith, in March 2014 resigned as the auditor of the organization before the appointment of Seale & Beers, the Audit Analytics reported. Seale & Beers gave their resignation in April before the company went ahead to recruit Hartley Moore. Surprisingly, Hartley More resigned in June, citing limitation of scope as their main reason for resignation. Hartley Moore and Seale & Beers both resigned before they could give an audit opinion. In July, the company finally brought on board Terry L Johnson who gave an unqualified opinion for the financial statements of the 2014 fiscal year. Considering the recent troubles of the CPA, it seems that Clone Algo will have to change the auditors soonest. SEC endorsed Johnson last week for conducting fraudulent, quarterly reviews and incomplete audits for eight companies that were traded publicly before issuing misleading and false audit opinions with respect to financial statements of the company.

Also reported recently are Audit Analytics where 746 exceptional companies disclosed a total number of 831 financial restatements in the year 2014. It established that 76 % or 600 restatements were revised restatements which cannot undermine reliance on an organization’s financial statements that were previously filed. Hertz, the car renting firm is the largest restatement done in the past year that had gone back to the year 2011 and which minimized the net cumulative income by more than $200 million.