Deloitte: ‘Tech is a major priority for Top Executives’ 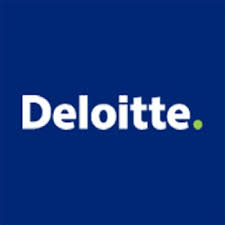 From a new Deloitte report, the mid- market organizations’ top executives ,view technology to be a strategic asset which may drive competitive advantage and take an active role in technological decisions. In the report, ‘How technology can fuel growth, disruption in the mid- market’ of the 48 % mid-market executives who were surveyed by Deloitte, there was an indication that the company leadership view technology as a crucial differentiator and growth key compared to 41 % who said the same last year.

62 % of these executives that Deloitte polled, they said that the C-suite of their companies have involvement levels in adopting the technology of next generation. This year’s annual report focused on such topics like the cloud computing impact, cyber security and data analytics. There is a major involvement by senior business leaders in setting the direction of technology as a means of executing these strategies. The rising C-suite involvement has also brought with it a transformed emphasis about return on investments with about 40 % of mid-market executives compared to only 34 % one year ago. They say that their company in measuring success does a post-implementation evaluation.

In the new technologies embraced, 47 % analytics and 43 % cloud applications are seen to be having the greatest potential of producing the largest gains in productivity. Most mid-market organizations are increasing the adoption of such technologies. Those that presently deploy the cloud based technologies have risen to 42 % in the year 2015 from the previous 34 %. 80 % of mid-market organizations stated that they use business analytics compared to 65 % who said so during the last year.

From the report, one of the major obstacles to the adoption of new technologies is security. 35 % of them state reliability and integrity while 33 % cite confidence in security of information while impacting cloud based services adoption.

According to the report, security is one of the main obstacles to the adoption of new technologies. Thirty-five percent of mid-market executives cite data integrity and reliability, and another 33 percent cite confidence in information security as the top issue impacting the pace of adoption of cloud-based services.