Revealed; Why Auditors Failed to Identify the Clerk’s Schemes 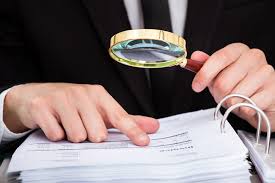 In a recently concluded fraud investigation that concerned skimming of cash, Yigal M. Rechtman of Grassi & Co shared the following findings in order to help tax professionals carry out a new perspective:

Investigations of the Scheme

A clerk took cash from customers and gave them receipts that were numbered sequentially. Ultimately, the receipts were required to be entered into the system of accounts receivables and reconciliations made with the deposit slips. The clerk pocketed the cash instead and used some of the following methods to cover up her acts:

1. An unauthorized credit memo would be recorded to the customer’s account

2. Use payments receipts from other customers and credit the account that she had stolen from.

The clerk was able to approximately pocket more than $ 270,000 before being caught when a customer complained of his account status that was shortened following the scheme.

How did the auditors miss out on this?

- Auditors did not regard this to be a high risk area. Most receipts were in form of cash which is a high risk for cash theft and fraud. Seems that if they at all did it, they sampled very little of the paper receipts and did not trace them to accounts receivables. If only they had done this, they could have raised questions and established discrepancies.

- The auditors failed to identify the lack of segregation of duties. It is the clerk who collected cash, entered cash in the system of cash receivables, made cash deposits, reconciled cash and responded to customer questions and complaints concerning their accounts. The auditors did not advice management that there was no segregation of duties nor were there recommendations made.

- Auditors failed to confirm balances, review reconciliations and investigate why it could occasionally take even up to three weeks to reconcile cash.