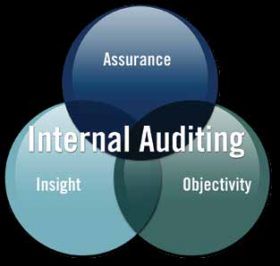 From a study conducted recently, the maturity of the function of internal audit differs significantly. The report released by the Institute of Internal Auditors Research Foundation established that there are several factors that affect the level of maturity of the internal audit across different parts of the world. These include size and age of the internal audit function, industry type and organizational size. The differences range from major to minor. For instance, the use of technology varies from one region to another with a low of 13 % of all functions of internal audit in North America that rely on manual processes and systems and to a high of 36 % in the Pacific and East Asia region.

IIA also released another report at the IIA’s international conference in New York that focuses on the role played by internal audit with respect to cyber security. The ‘Internal Audit as Trusted Cyber Adviser’ describes the steps that should be taken by the leaders of internal audit in order to become major contributors of efforts of cyber security in their organizations. They require to simply go beyond ensuring audits of cyber security that are executed as per the plan and also adopt a more strategic and forward looking strategy towards the problem.

Leaders of the internal audit are expected to build relationships with the chief information officer and the security officer in order to obtain a clear understanding of the requirements of the IT and security teams. Obtaining buy-in is yet another must that originates from the top in order to support the internal audit efforts. The report comes in eight languages that include Chinese, English, French, Spanish, French Turkish, Portuguese and Arabic. In addition, the IIA also recognized two other internal audit leaders. Denny Beran was awarded the Bradford Cadmus Memorial Award that recognizes those individuals who have shown a major extraordinary contribution in the research field, publications, education or other activities and developments in the internal audit field. Patricia Miller was also awarded with the William G. Bishop III Lifetime Achievement Award which normally recognizes those individuals with lifetime accomplishments and dedication. Professionals across the globe were inspired in a bid to make a difference in the organization and profession.