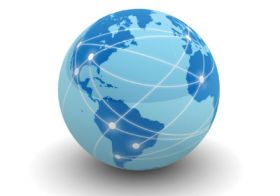 According to a new study the internal audit function maturity varies in different parts of the globe.

The Institute of Internal Auditors Research Foundation released a report which contains a range of variables affecting the maturity levels of internal audit in many parts of the world, as well as the internal audit function size and age, the organization size, the type of industry and many other factors.

These distinctions vary from small to the most important. Like, the use of technology differs in many parts of the world. For example, in North America the 14 percent of internal audit functions merely rely on manual processes and systems, and this percentage is high in Pacific and East Asia, almost 36 percent.

In New York, during international conference, the Institute of Internal Auditors Research Foundation also released another report that paying attention on the function of internal audit in cyber safety measures.

The report is presented by the Trusted Cyber Adviser of IIA, which shows different steps that an internal auditor must follow to become major participants to cyber safety measures hard works at their organization. The report indicates, “They have to go further than just making sure cyber safety measures audits are implemented according to plan and take on extra of a planned, progressive approach to the problem.