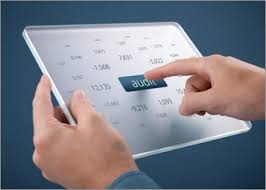 The work of human beings is now gradually been replaced by machines and same as in the field of auditing and accounting. In auditing, we used substantive testing if we find a test of controls ineffective. Which required time and focus to identify the anomaly. This type of work is now done through data analytical techniques that tools and scripts are very effective and time efficient. The economist published a forecast in 2013 about the probability of the existence of a list of professions due to computerization in next two decades. The accountants and auditors have a chance of 6% of survival. So why would a business need auditors in the future? How do we stay relevant? The solution is to evolve. And we have evolved since we began.

Initially, the role of the internal auditor was transactional and policeman. It was born post-war economic boom in the US when business and industry grew exponentially and someone felt that it was time to keep an eye on things. Internal Auditing is defined as an independent, objective assurance and consultancy activity designed to add value and improves the effectiveness of risk management, control, and governance process.

What the internal auditor is required to show its importance in the organization in long run beside the technological growth put impact upon its survival. This profession needs some value addition. As now there is starting a shift towards more of business partnerships and consultative roles. We are expected to be the advisor to the businesses. It should be a business in addition for us in addition to what we normally do. Another important issue with us is about independence. One test must be run about the impairment of independence test. Sometimes it’s really frustrating when independence stops you to from making a change or some value addition.

To conclude, yes, our primary objective is independent assurance and oversight for stakeholders. But we have the knowledge, ability, and opportunity to do much more. We can and should think like the business and challenge the business in not just the ways it controlled but also the way its run with reason and facts.