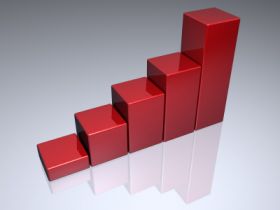 Losses could stem fr om mortgage frauds, which HM Revenue & Customs, the Council of Mortgage Lenders and the Building Societies Association are trying to combat with the release of a new mortgage verification scheme that will be used in cases wh ere lenders suspect a fraud is transpiring after their own checks.

KPMG’s Building Society Database 2011 provides financial information relating to the 48 building societies in the United Kingdom as of April 2011. All data has been extracted from published sources, being primarily the latest financial statements of the societies for financial year ends between August 2010 and April 2011.

Other major changes in performance from last year’s Building Societies Database include a decrease in total group assets which have fallen from £319.5 billion to £306.2 billion, owing to a combination of the transfer of Kent Reliance’s business to Onesavings Bank and balance sheet shrinkages across the top 13 societies.

“The cost of funding is also a substantial issue for building societies. Consequently societies are looking for new ways to access lower cost savings,” KPMG said.

“A number, including some small societies, have started to build or reinvigorate existing third party agency networks, now made viable by the latest technology,” it added.

However, he noted that the outlook for the mortgage and savings market remains competitive, with low consumer demand for borrowing and strong competition for retail deposits from banks.

“Societies don’t have the investment banking activities that some high street banks have and so are likely to be largely untouched by the upcoming report from the Independent Commission on Banking,” Gabbertas said.

However, the impact of Basel 3 will be felt by all banking entities and building societies are no exception.

“Basel 3 will require a substantial increase in the level of core capital held by societies by 2019. Like all financial institutions, building societies await further certainty on how this regulation is going to affect their business models,” Gabbertas said.

In a survey conducted by Ernst & Young during the G20 summit November last year, 53 percent of the responding board members said Iincreased regulation from Basel III reforms could bring profits “significantly lower.”