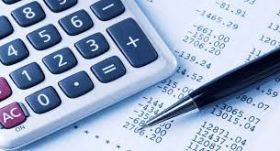 An exposure draft has been released by FASB (Financial Accounting Standards Board) relating to the 2 suggested changes in the accounting standards effecting the income taxes accounting for businesses.

The accounting modifications are related to the deferred tax classification in statement of financial position (SFP) and the intra company transfers of the assets. It was stated by the FASB that they have been participating in this update process in order to reduce the accounting standards’ complexity.

FASB has proposed to remove the exception in Generally Accepted Accounting Principles (GAAP) which forbids the recognition of deferred and current income tax consequences of the intra company assets transfers until and unless the assets are sold to a party outside the entity. This suggestion will require an entity to recognize the deferred and current tax consequences of transfer of assets within entity at the time of transfer. This suggested change will make the treatment under US GAAP similar to the treatment under IFRS.

In relation to other update, FASB stated that recommended guidance on the deferred tax classification on SFP would only be affecting those companies who provide a classified balance sheet.

FASB explained that the existing GAAP obliges the companies providing classified balance sheets to separately recognize the deferred tax assets and liabilities into non-current and current portion. FASB added that it had been indicated by the stakeholders that financial statements users have got no or little benefit from this requirement because the expected time period to settle or recover the deferred tax is generally not aligned with its classification. Further, costs had to be borne for separating the deferred tax assets and liabilities into noncurrent and current portion.

In order to make this matter simple, FASB has suggested that deferred tax assets and liabilities should be recognized as non-current in the balance sheet. It was also stated by the FASB that the existing requirement to offset and present the current and deferred tax assets and liabilities of a tax paying element as single amount would not be effected by the suggested modification.