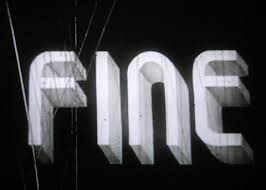 News has been doing rounds recently regarding a London based firm faced huge fine. The firm is reportedly breaking the law which has cost edit a heavy price and is ordered to pay it within the due date.

It has been believed that London based firm called SPW has been auditing a firm in which one of its principals was a director. This act has been noted down and SPW is made to pay the fine of £5,000, not only this, North London firm is also ordered to pay the £1,880, auditing cost.

The major attention being served to the firm was in the year 2010; the North London firm SPW is consisted of six partners is based on Regents Park Road.

Crown Currency Exchange the famous handler of foreign exchange which had collapsed due to financial crises included its partners served as joint administrators of the CCE. Therefore, in the year 2010 the firm SPW gained attention in the public eye. It has been noted that joint liquidator from SPW now serves alongside partners from Duff & Phelps at Crown Currency which made the situation even worse.

The institute has also announced news regarding the disciplinary procedures that Michael Harwood & Co which are Warwick based have agreed to a consent of order in which it was fined £5,000. Moreover, Warwick based Micheal Harwood & Co are also paying the

Warwick-based Michael Harwood & Co had issued an unqualified report which highlighted the risks such the going concerns over client ability to cast significantly were doubted. Another firm named Swansea firm Bevan & Buckland also faced fine as they took over five years and still didn’t come up with audit reports. Swansea firm Bevan & Buckland failed miserably despite trying for five years, therefore, they were fined £15,000 and ordered to pay costs of £4,155.