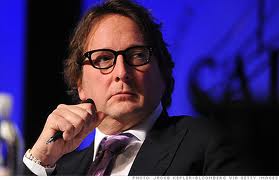 The prospectus of Z Seven Fund(ZSF) stated that it restricted the use of options in favor of long-term capital appreciation. However, an SEC investigation uncovered that Top Fund Management (TFM), under the direction of Barry C. Ziskin, had been investing ZSF in put options for speculative purposes. The gamble resulted in major losses causing investors to redeem their interests which ultimately resulted in the collapse and liquidation of the ZSF in December 2010.

Bruce Karpati, Chief of the Enforcement Division’s Assets Management Unit at the SEC, was quoted as saying “ZSF investors expected the fund to pursue capital appreciation by buying stocks, but TFM and Ziskin took the fund down a very different and disastrous path.” The SEC prosecutes and censures mutual fund advisors who commit fraud by failing to follow their fund’s investment strategy and failing to disclose the risk and fund usage to investors.

According the SEC investigation, ZSF’s prospectus did contain disclosures to allow for marginal trading in options to hedge its portfolio. In a shareholder’s report TFM and Ziskin reported that the options investments were for hedging purposes. However, the percentage of ZSF’s funds that TFM and Ziskin invested in put options were sufficient for the SEC to rule that the strategy was not long-term capital appreciation, but was in fact speculation – contrary to the stated prospectus. TFM and Ziskin had fraudulently misled investors. Over a 15 month period, between 2009 and 2010 ZSF lost more than three and half million dollars.

The SEC has issued and order finding TFM and Ziskin in violation of anti-fraud laws specified in the Secuities Exchange Act of 1934, the Securities Act of 1933, The Investment Company Act of 1940, and the Investment Advisers Act of 1940. TFM and Ziskin did not admit guilt but consented to censure, including an SEC order that forbids Ziskin from associating professionally with any investment advisers, dealers, brokers, transfer agents, municipal advisors, or statistical rating organizations. The order also bars Ziskin from ever working with a mutual fund in the future. TFM has agreed to cease and desist from committing any future violations. They remain in operation.