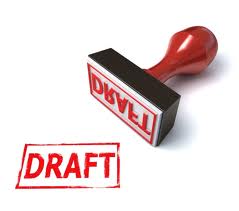 On 5 September 2013, the uncommon counselor to EU Commissioner Michel Barnier, Mr Philippe Maystadt, discharged a draft report setting out his preparatory proposals for upgrading the EU's part in pushing excellent bookkeeping gauges. Mr Maystadt counseled widely with numerous European stakeholder aggregations before arriving at his preparatory decisions. These stakeholder gatherings now have until the finish of the month to remark on the suggestions.

Philippe Maystadt was named by EU Commissioner Barnier as an uncommon consultant on 19 March 2013 to set out suggestions to "fortify the EU's commitment to International Financial Reporting Standards (IFRS), and to enhance the administration of the foundations advancing these benchmarks." The key center of his report part was to do a survey of the legislation of EU forms in the field of money related reporting and bookkeeping (the European Financial Reporting Advisory Group (EFRAG) and the Accounting Regulatory Committee (ARC)).

IAS Plus has gained experience from sources shut the methodology that Mr Maystadt's draft report, which is not openly accessible, holds a concise survey of business as usual before submitting three choices. Allegedly, the record shows a wide agreement around European constituents for a pledge towards all around acknowledged, top notch bookkeeping benchmarks and for looking after the present underwriting process all things considered, without opening it up to take into consideration updates to the declarations to be supported. The point when examining intends to enhance the present process however, Mr Maystadt proposes three choices to think about:

Under the first alternative EFRAG might be converted such that general society approach voice was implanted into the choice making process as of recently before suggestions are made to the Commission. EFRAG's current Supervisory Board might be displaced with a Board involved agents from EU organizations, the private division, and national standard setters. Its part might be to sanction remark letters to the IASB and throws conclusions on if to embrace a specific profession. The present Technical Experts Group (TEG) might be changed such that it might press on to act as a specialized aggregation, yet its extreme voting power might be exchanged to the new Board.

Alternative 2 recommends making EFRAG a part of the European Securities and Market Authority (ESMA). The outline for this alternative might be the U.s. Securities and Exchange Commission (SEC), accordingly consolidating the underwriting and the authorization exercises in Europe.