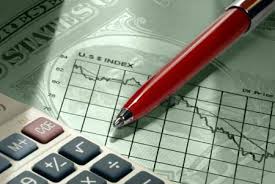 The World Bank has recently launched a new program for improving and strengthening corporate financial reporting in the eastern countries of the European Union (EU). The program is titled "Strengthening Auditing and Reporting in the Countries of the Eastern Partnership" (STAREP). The countries that are participating in this program include Belarus, Azerbaijan, Georgia, Ukraine, Armenia, and Moldova.

All of these six countries require implementation of International Financial Reporting Standards (IFRSs) at least in some of their large listed companies. These countries have made significant improvements in updating and modernizing their systems of financial reporting in the recent years. Despite these significant improvements, they face a number of outstanding challenges.

The launch of this program was held in Vienna. At the launch, the participants from these countries discussed how current and future changes in the international financial reporting standards (IFRSs) and the international and European regulatory frameworks will have impact on their own plans for the reforms in financial reporting and auditing standards.

The aims of the STAREP program include:

· Helping the participant countries in setting up effective and sustainable accounting and auditing frameworks that are compatible with the international financial reporting standards.

The program put a high priority on learning from the experiences of countries that are currently facing or have faced in the past the similar challenges in the application and implementation of financial reporting and auditing reforms.