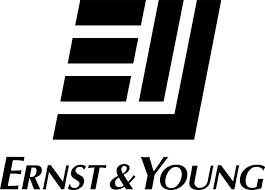 On October 8, 2013, Ernst & Young reported that its revenue has reached $25.8 billion for the fiscal year 2013. The global revenue of EY increased by 7.7% from the last fiscal year. It is the fastest growth in revenue in the previous five years. It is an indication that EY has bounced back since the international financial crisis.

Despite uneven market conditions all over the world, the revenues and headcounts continued to grow in all of EY's service lines and geographies. Its emerging-market practices showed a 12 growth in revenue. The number of employees reached to 175,000 which is an all-time high. EY has plans to hire 55,000 more recruits and interns in the coming years.

Growth in EY's service lines was mostly organic. The growth came from within the firm rather than from any merger or acquisition. John Ferraro, global chief operating officer, said that . “Across all of our service lines we continue to perform well in a highly competitive and challenging marketplace.”

The strongest-performing industry sectors were financial services, government and public sector, automotive, power and utility industries, and consumer products. All of these sectors showed a double digit growth rate.