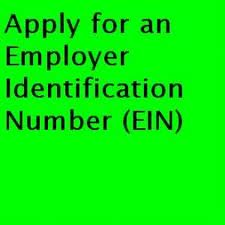 It has been revealed in a new report that fraudsters are costing the Internal Revenue Service billions every year due to Employer Identification Numbers, EIN's, being stolen. According to this new report, this is still happening frequently despite there being processes in place to authenticate every individual who applies for an EIN.

The report comes from the Treasury Inspector General for Tax Administration who discovered that the IRS has to do much more than it is currently doing to prevent EIN's being stolen and fraud committed. EIN's are issued by the IRS in order to identify the business accounts of tax payers.

Those individuals who are trying to commit a tax refund fraud will oftentimes falsely obtain or steal an EIN. This allow them to file tax returns containing false information. TIGTA estimates that this kind of fraud could, over a 5 year period, top $11.4bn in refunds which are potentially fraudulent.

TIGTA has acknowledged that the IRS has developed several processes on both authenticating those individuals who apply for an EIN and ensuring that they have a valid reason to obtain one. TIGTA also, however, identified over 767,000 tax returns for the year 2011 which had been electronically filed by individuals where refunds had been given based on withholding and false information.

From the 285,670 EIN's which were used on these returns, 277,624 were stolen and used to report withholding and false income on more than 752,000 tax returns. These means that, potentially, fraudulent refunds were issued that totaled over $2.2bn. A further 8000 EIN's were used, which had been falsely obtained, on over 14,000 tax returned and the potential losses to to fraudulent issued refunds stands at more than $50m.

Whilst the IRS has processes in place to identify potentially fraudulent tax refunds via falsely obtained and stolen EIN's, it doesn't have the 3rd party Form W-2 which is needs in order to be able to make significant improvements to its detection processes. Even so, the IRS maintains data which could increase its chances of detecting those tax returns which contain withholding and false income and are associated with falsely obtained or stolen EIN's.