Business Confidence on UK has now been Recorded Highest 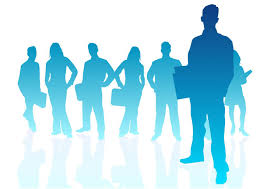 As per the accountants BDO report, confidence amongst the UK business organizations reached the peak since 1992. The optimism index of BDO that is responsible for predicting business performance ahead in two quarters got to 103.8 in January up as compared to103.4 mark in December. This reading was the highest since the beginning of the readings 22 years ago. This mark sits above the 100.0 mark deducing that the UK is projected to out perform its long term growth trend historically.

Improved confidence in tandem, the expectations in business hiring increased remarkably in January as the BDO Employment Index went up to 101.3 which was higher from the previous month of 99.4 mark. Presently, the index stands at the highest level as from August 2008 well above the 100.0 mark for the first time after March 2011. This signifies that the job creation in the UK is expected to exceed the growth in trend in the months to come.

As per the entire positive outlook, negative or low business cost inflation is assisting organizations and more so the manufacturers to control their costs. In January, 97.9 is what the BDO inflation Index read which is deemed to be the lowest since the year 2009 in November and down from 98.7 as per last year’s end. The low input prices have greatly assisted manufacturers in controlling costs over the past one year and in the significant service sector. The inflation cost went down by 0.9 % in wage growth for the labor intensive service firms therefore helping the manufacturers to control costs.

As per Peter Hemington who is the Patner at BDO, ‘organizations are raising head counts as a response to the client demands that are on the rise and that the rate of employment is expected to fall below the 7% England’s threshold for the interest rates rising in the near future.